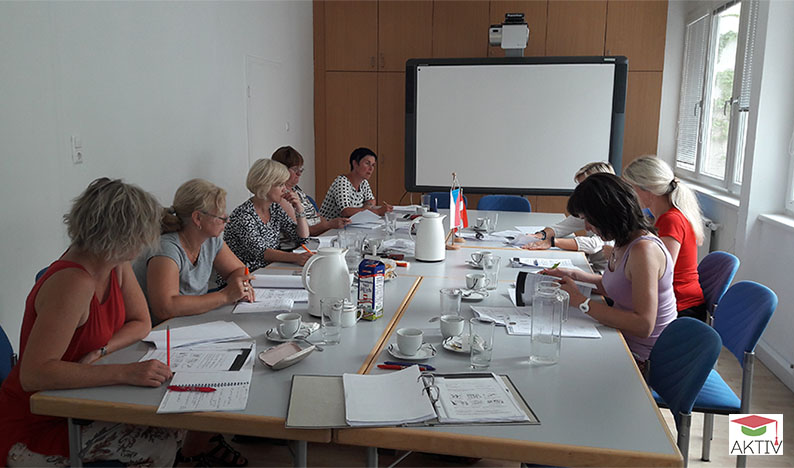 Why It Is Worth Learning German – Advantages of a German Course

Learning German in the heart of Vienna – an attractive idea that is both useful and fun! But why should it be the German language? The language school Aktiv Vienna gives you the most important advantages of being fluent in German.

1. German is the most widely spoken language in Europe

Due to historical events, German has established itself as a very popular and widely spoken language. It is not only the national language of Germany, Austria and Liechtenstein, but also an officially recognized language in Belgium, Italy, Luxembourg and Switzerland. Viewed across Europe, German-speaking communities are even found in Hungary, Romania, the Czech Republic, Denmark and France. German is the second most used language, and German-French relations within the EU certainly play a role. That is why German is the center of European communication and culture.

2. German is the work language

The German language opens up interesting business opportunities for economically active companies, especially in the EU. After all, most of the political-economic ties that arise from Austria’s strong relations with Germany in the EU benefit companies that use German product positioning and exchange information. The successful car industry is one of many examples. Accordingly, it is also worthwhile to have knowledge of German in your CV in order to widen your career opportunities.

3. German is the education language

Whether in science, technology, culture or other studies, the German language has been proving its importance, which has been undebated until today. Being able to speak German opens up worlds to you because of its importance in many areas of the Western world, such as philosophy, psychology, literature, music, art, history, engineering, medicine and many others. Many artists have thrived as well: Hesse, Goethe, Schiller, Luther, Nietzsche, Marx, Kant, Hegel, Heidegger, Freud, Buhler, Fromm, Mozart, Bach, Beethoven, Schubert, Brahms, Wagner, Mahler, Klimt … just to name a few.

Learning German also facilitates the learning of other Germanic languages. In particular, learning the Scandinavian languages, such as Danish, Norwegian, Swedish or Dutch, turns out to be easier for people who already have knowledge of the German language. Hourly exchange programs such as CEEPUS or ERASMUS promote barrier-free access to the German language at an early age.

4. German is an everyday language

The number of German-speakers traveling abroad as tourists is high. Thus, the hotel industry benefits a lot from employees with German language skills who best serve their visitors during this time.
Connected to this are the German customs and traditions, which tourists like to participate in, such as a visit to the Heuriger or the Oktoberfest or the May Festival and the many wine festivals where you can admire German traditions and costumes,

As far as Austria is concerned, Niki Lauda is certainly an internationally well known sportsman, and every year Vienna’s Prater attracts countless visitors. Fully pumped with historical and cultural spots, such as the Schönbrunn Palace, the Roman ruins, the Vienna State Opera and the many theaters and museums, Vienna remains as rich in tradition as it is today in terms of architecture and technology.

5. German is a matter of taste

Like our motto “Experience languages ​​naturally”, we invite you to immerse yourself in the German language and it’s customs. Or, as Frank Smith once said, “With one language you are sitting in the hallway of life. However, two languages ​​open all doors for you.” And German opens all doors so wide. At Sprachschule Aktiv Wien you will not just learn German – you will also learn to feel and think in German.

Find out about our German language courses here: